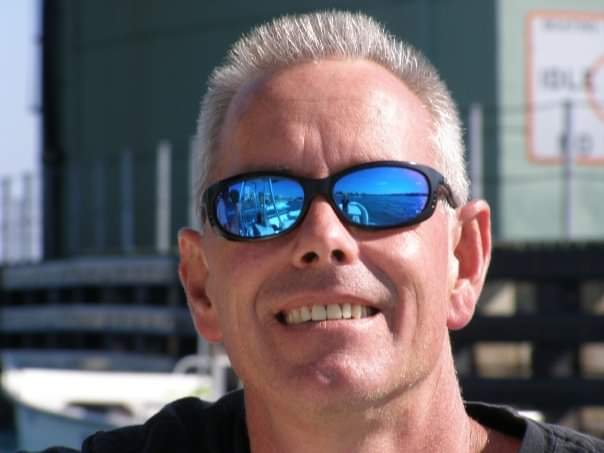 Charles R. Davis, 61, affectionately known as Randy, passed away peacefully on October 24, 2021, in Jupiter, Florida. He was wonderfully cared for at Home Suite Home operated by Dave Whelihan and staff. Thank you to Father Aidan Lacy of St Patrick’s Catholic Church, and Chaplain Todd of Trustbridge Hospice, for your generous time, prayers, and support towards Randy.

Randy enjoyed working as a highly skilled mechanic and mentor on his job at European Motorwerks in Jupiter, FL. His supervisor, Manny, recognized his excellent problem-solving mechanical skills and gave him the opportunity to restore a rare Porsche.  It is truly a showpiece for all Porsche aficionados!

All who knew Randy while living in Lynchburg, knew of his love of mechanics by the countless hours he spent in our driveway taking out the engines in his VW Beetle on blocks while blasting Boston tunes. We also had a ping-pong table in the basement that became his parts area.  Amazing all those parts found their way back into the engine with precision! He was very proud of his navy blue convertible Super Beetle with an upgraded Hurst shifter. All this intricate work must have forged a huge amount of patience because he taught his younger sister Laura to drive that Beetle in the hills of Lynchburg, VA. Never did he show a hint of exasperation!!

While living in Jupiter, Florida, for the past 23 years, he was known for living in the moment. He found a wonderful friend-filled establishment called the Square Grouper Tiki Bar on Jupiter Inlet. By the stories told, it resembled a scene from “Cheers.”  Randy was well known there by his smile and contagious laugh. A very happy place for him. He was loved and will be missed by many.

Thank you, Barbara Dwyer and your father, Howard Dwyer, for being constant friends in his last 10 years even to the end of his life. Barbara, you were his light and go-to person during a very difficult time. Thank you Brian O’Neill for being Randy’s long-term friend since he moved to the Palm Beach area. We are so grateful for you and your mother Diane’s kindness in contacting Father Lacy, who supported Randy tremendously. Thank you Primo for also being his close friend to the end and making my brother laugh in his hospital bed as though there were no terminal diagnosis. I’m sure there are many more who impacted/befriended Randy and if you are reading this and are one of the many, my gratitude to you as well.

Celebration of Life services will be performed at The Square Grouper in January 2022. Date to be determined and announced on Facebook.

Rest in peace Randy. You will be missed by many.

Randy was a great soul that smiled all the time & had a laugh that everyone noticed. I met Randy when Barbara & I dated. He was always a pleasure to hangout with & enjoy football games or car races.
My dogs Chibby Choo & K Poppy got to visit him just a few weeks ago & he really enjoyed seeing the pups.
RIP Randy & we’ll see you again in heaven….the paws for compassion.com crew❤️

My deepest condolences to you all!!!! He absolutely was a great guy and I’m honored to have met him and enjoy a few holiday dinners with him. He was part of the extended family and I know how much love they had for him. So know you will be very missed but not ever forgotten. Rest In Peace. God speed!

I can’t believe it! So many fun memories of Randy and Laura and the entire crazy crew on Fieldale and Lexington. Growing up would not have been such a cherished time without Randy.

So sad. Rest In Peace my friend.

I remember Randy so fondly growing up and his very cool VWs. God Speed Randy!

Spent many a Friday night in high school playing poker with Randy, John Duff, Neal Justis, Jimmy Ellet, and Rob Massie after working at Pearson’s with him. Randy was a great guy and I am so sorry for your loss.

I remember growing up next door to Randy on Fieldale Rd. He taught me so much growing up. He took me on my first hunt, exposed me to the intricate inner working of the VW engine, and introduced me to some great music (Boston, Mother’s Finest, The Isley Brothers, & Parliament) on those early morning rides to high school. Randy always had a creative approach to solving problems and creating memorable experiences, like modifying our spider bikes front forks to make them resemble choppers, and making ramps that we would use to jump our bikes down the stairs in front of their home. I remember fondly lugging the newly bored-out engine with him from his back porch and reinstalling it in his convertible beetle in their driveway. Good times! My thoughts, and prayers for comfort go out to Mike, Gloria, Laura and their respective families during this time of loss. Rest well, Randy. You will be missed.

Will miss ya buddy, and your amazing Sunday brunches over the years.

Dr. Davis, so very sorry your brother has passed. My heart goes out to you and the rest of your family. Sending love and prayers for God’s blessings and comfort.

Judi Harrison - Ex-fiance from 40 years ago!

Randy and I dated all four years I was at Longwood College. We were engaged when I graduated but never wed, of course, and we lost touch in 1983. I have wondered about him over the years and ironically felt compelled to “Google” him today; naturally I was shocked and saddened to learn of his passing. He appeared to live a happy, laid-back life in Florida, which doesn’t surprise me. Randy and I enjoyed many good times and tooled around Farmville and beyond in his silver convertible VW bug. Today I drive a VW Tiguan – cheers, Randy (bear)!