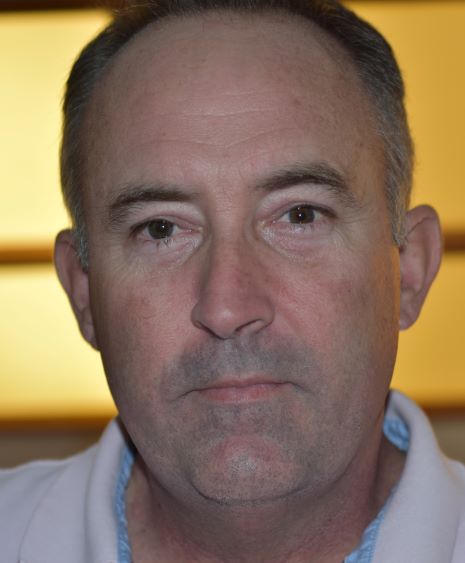 Martin Andrew (Marty) Coolican, 52, of Jupiter, Florida, passed away on Sunday, April 24, 2022, after a lengthy illness. Martin was born July 12,1969, in Syracuse, New York to Patricia Ann Hennessey and John Richard Coolican. Marty grew up in the Village of North Palm Beach where he shaped numerous close relationships at school and church. He was involved in many ministries during and after his school years. The most life impacting were his involvement with Young Life, a pilgrimage to Medjugorje and Cursillo.Marty graduated from Cardinal Newman High School in 1989. He then attended Saint Leo University where he received a Bachelors Degree in Human Resources Management and Services. Professionally, he went to work as a District Manager for the PETCO Corporation and then later as the VP of Operations for Pet Paradise Resorts among other later ventures. Being able to combine his love for people and animals was something that brought him a great deal of happiness. Marty married Michelle Renee Dumas in 1994. Their union brought two beautiful people into the world, Simon Martin Coolican (20) and Jordan Elizabeth Coolican (17). Marty will always be remembered for his goofy sense of humor and fun spirit. He loved to make people laugh, and it brought him joy to bestow silly nicknames for those he held most dear. His siblings will miss his long drawn out voicemails which sometimes felt like his own one-man show. They will continue to share his humorous stories for many years to come. Though it seemed he was always putting on a show, there was another side to Marty that always sought peace. In earlier days he could frequently be found at Pierless Beach, in Juno Beach, FL hoping to catch the perfect wave. He had an affinity with water and could always find that perfect stillness on a surf board or fishing out in the ocean. Later on though, he found peace in something much more precious, his children. He loved them with all of his heart and he will eternally have peace knowing that they are shining lights in this world.He is survived by his son, Simon Martin; daughter Jordan Elizabeth; mother of his children, Michelle Renee; his father, John Richard; his siblings, John Francis (spouse, Lisette Artigas), Timothy Joseph (spouse, Patrice Capalbo), Michael Peter, Bridget Louise, and Erin Marie Coolican-Dickman (spouse, Brett Allen); his nieces and nephews, Christian, Miranda, Timothy, Joshua, Joseph, Sean, Lily and Lola; and so many beautiful friends. Martin was preceded in death by his mother, Patricia Ann Coolican. Please join us at St. Patrick Catholic Church on Saturday, June 4, 2022, at 11:00am in Palm
Beach Gardens, FL for the Funeral Mass. There will be a Celebration of Life and Reception held after the Mass in the Church Hall.

He was such a nice human being. I am so very sad to hear this . Rest In Peace , Marty . ❤️

Marty left his mark on so many people. He was a really good man. God Bless him ✝️ Sending healing vibes to all the survivors.

So very sorry in your loss … Our family sends prayers and love. We lost our brother Mark a few years ago & just a month ago our sister julienne … Julienne’grew up with Marty . We understand the pain… God will hold you all up high and never leave your side . God bless you all.