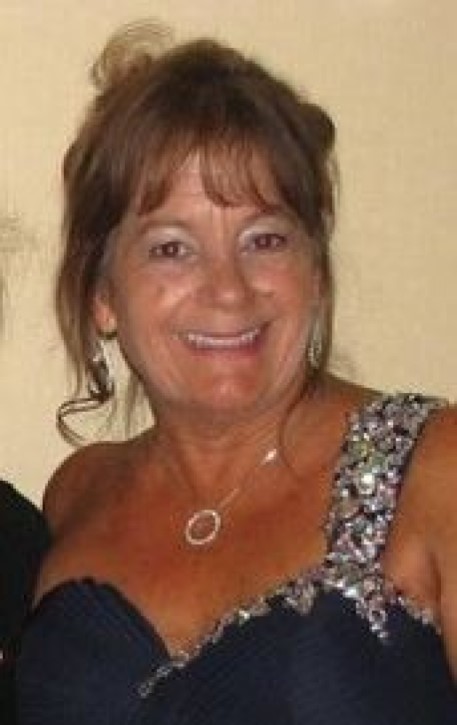 On July 1, 2020 Patricia “Pat” Bowden Romeo passed away peacefully with family nearby following her battle with cancer at age 68.

Though Pat had many achievements in life, her proudest was being a Nana to her only Grandchild, Palmer Joy and two bonus Grandchildren, Charleigh Paige and Addelynn Neoma.

Shortly before her passing, Pat recalled a personal achievement that she deemed her “greatest”. While working for AT&T in 1979 she was offered the chance to learn Computer Programming. After passing a logic test with flying colors, three months later, she was in fact a Computer Programmer. Pat went on to work in Quality at Pratt & Whitney and most recently at PSM where she retired from in 2019.

Pat was always the life of the party with a Cosmo in hand and a smile that could light up a dark room. She enjoyed spending time with her family above all else.

It would be wrong to say that Pat lost her battle with cancer because she never stopped fighting. No matter how sick she became, she remained determined. She had already beat Breast Cancer some years before. Just because she is no longer with us does not mean that she lost the fight!

Pat was able to celebrate 39 Anniversaries of her 29th Birthday.

This is not a “Good-bye” but a “See you later, Alligator”.
A celebration of life is To Be Determined at this time.

I’m so sorry to hear of Pat’s passing. I have fond memories of spending time with her after high school at a few Rutgers frat parties. She always made me laugh. Praying for her children and grandchildren.

Pat you were a dear friend. We laughed much and pondered much together, which ultimately led to our laughter. Our girls Nikki and Kayla brought us together in friendship about 26 years ago. After we met, we vowed no matter what the girls go through we’ll always be friends. Happy to say the girls are lifelong friends, as you and I Pat. I miss you and love you, till we meet again, dear friend. . . Good speed.

Peter & Helen Jackson, relatives of Jenny. A lovely eulogy for a lovely woman. Condolences to Danny, his father and the family

So Sorry for your loss.

My sincere condolences to the family, I remember Pat well, she had an amazing zest for Life.

So sorry to hear of her passing.

She was a special, fiery spirit! She wiill be missed.
Rest in Peace, Pat until we meet again.

So sad to hear of her passing. I have very special memories of her as we were roommates in Italy during our senior year. What fun we had!!!

She was a warm and loving person who’s smile could light up the entire room.