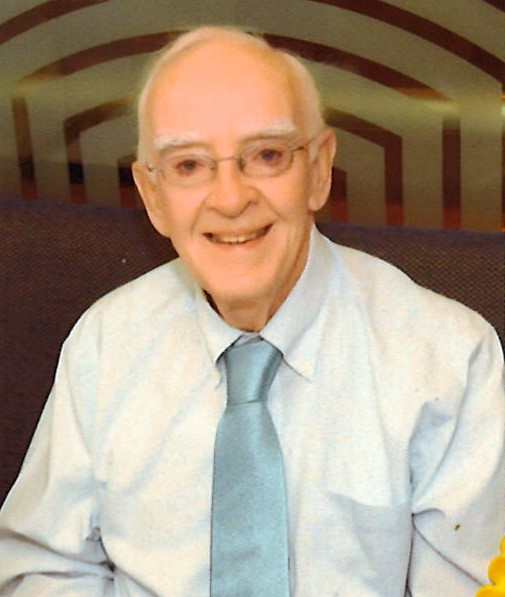 Paul Robert McGrath, 87, of West Palm Beach, FL, passed away peacefully after suffering a stroke on June 26th. He was raised in Alton Bay, N.H. with his parents Anna G. (Spence) and Francis J. McGrath, who were proprietors of a General Store and Restaurant/Bake Shop, and his 5 siblings. He Graduated from the University of New Hampshire with honors and a BA Degree and was enrolled in the U.S. Army (ROTC) program in 1956. Paul served in the U.S. Army at Ft. Bliss in El Paso, Texas as Second Lieutenant in 1957. He served as Duty Instructor in Anti-Aircraft Nike Ajax Missile System and head of an instruction team until his active duty service was completed in February, 1959. As an active Army Reserve Officer, he was called up to serve with the National Guard’s Yankee Division as officer in the 105 self- propelled howitzer unit in preparedness for the Cuban Missile Crisis of 1962.

Paul worked for seven years for the Federal Housing Authority, Department of HUD until 1973. Subsequently he worked in the Real Estate Industry for many years as a Multi-Family Housing Finance Specialist for the John M. Corcoran Company in Milton, Massachusetts until 1996. He also served on the Advisory Board for Caritas Communities, a non-profit organization specializing in providing safe, clean, affordable lodging homes for the working poor in the Boston area. In 1997 he started his own business, McGrath Associates, and worked as a Certified Appraiser/Multi-Family Housing Specialist until 2011 when he Retired.

While building a successful career Paul always made time for activities and fun with his many nephews and nieces, taking them skiing, boating, mountain climbing, roughhousing and doing one more push-up than any of his strongest nephews. Paul loved being an Uncle, loved life, and giving to others. His long list of attributes included high values, perseverance, patience, kindness, religion, humility and fun.

Paul is survived by his wife Gail A. Penniman McGrath, of WPB, FL, his sisters Ann V. Jordan of Laconia, N.H., and Patricia D. Nelson of Westboro, MA. He leaves many loving and supportive nieces and nephews, in whose lives he played pivotal roles as they grew up, especially Lisa Beth Smith of Upont, MA. who was with Gail at Paul’s bedside throughout his week in VA Hospice care. Paul was loved and admired by all who knew him. He is preceded by his brothers Peter and David and his sister Margaret Peters.

A celebration of Paul’s life will be held in Florida and Massachusetts at a date to be determined. In lieu of flowers donations may be made to Paul McGrath Memorial Fund, Holy Trinity Episcopal Church, 211th Trinity Place, West Palm Beach, FL, 33401. or a charity of your choice.

Uncle Paul, you’ll leave a hole in all of the McGrath’s. We remember you as always fun. You were always up beat and a happy pleasant person. Whatever we were doing you always asked questions, took an interest in and gave it your whole hearted approval. There’s much criticism In the world and people who act as the devils advocate but not you, you were positive and our genuine cheer leader. May God watch over you. Thank you Lisa for your self sacrifice spirit and being with Uncle Paul at his end.

So sorry to read of Paul’ passing. Dot and I recalled the last time we spoke. You dropped in to 3621 Periwinkle Way in Naples. Please let us know when you are having services . We will be in Mass. Until mid September. 120 Clubhouse Lane, Northridge,Mass or 508 234 8810.
Bob and Dot Pickette

Joe Mullins. Old friend July 23, 2020
Gail I am sorry that I lost contact with Paul in later years. Paul was such a good hearted person. He helped everyone who needed a helping hand. I met Paul when he and I both worked in the FHA in the 1960’s
I loved his self effacing sense of humor. Paul was loved and will be missed by many people. Leo Corcoran, jr remarked to me that we could all stand to be a little more like Paul. Just one of the all-time great guys. My sentiments too.
God Bless!