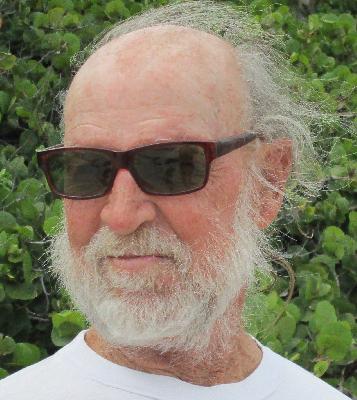 Peter Henning Versen of Boynton Beach, FL passed away on Monday March2, 2020. He was a beloved member of the local community and dearly loved by his family around the globe. He was born on December 3, 1940 in Englewood, NJ. He was raised in Tenafly, NJ where he finished High School in 1960. Following high school, he enrolled in the U.S. Army and served for 3 years during which he was stationed in Germany. He married in 1962 and moved to Englewood, NJ. After his divorce in 1966 he moved to Deerfield Beach, Florida and later to Boynton Beach. There he became a Lifeguard and joined the Beach Patrol. He developed a passion for sailing and was a crew member on many larger boats and a valued member in prestigious regatta crews. With his profound Samaritan character, Peter rendered dedicated Service to the City of Boynton Beach where he was honored for his Commitment of more than 25 years. During his early years as a Lifeguard, Peter went to College and earned his degree as Bachelor of Arts in Sociology in 1979. As an avid cyclist he took many day and weekend trips around the Gold Coast area. In most recent years Peter could be seen on his bike up and down the immediate coast form Boynton Beach. Peter is survived by his brother Axel and two sisters, Judy and Lynn, with their families. A celebration of life will be held Saturday March 7, 2020 at 6pm on board of the “Sea Mist” in Boynton Beach to scatter his ashes in the ocean that was his love, his life, and his church.

My dear brother Peter…always cheerful, always loving, always compassionate…You had such a sweet nature, and we all loved you…In sixty plus years, you never said a harsh word to me, and I will always remember your gentle ways. You lived life as a free spirit on your own terms. I pray to see you again one day, and I believe that you are now at peace. With much love and many fond memories, Judy

I was very saddened to hear of Uncle Pete’s passing. I haven’t seen Pete since my sister Carolyn’s wedding in 2000, but he will always have a place in my heart! Every family has someone that stands out for being the unique one! Pete was that family member by a long shot. He was the fun one and I am sure he is entertaining God with with his clever banter & wit! RIP, Uncle Pete! Love, Jeff

Was very sorry to hear that Pete passed away. I was lucky enough to know him as the free spirited, happy and one-of-a-kind person he was. He made his mark and will be fondly remembered by family and the many others who knew and cared about him. Just a special person that we all will miss. It’s good to know his final resting place will be “just offshore” where he’ll continue his beach patrols. Smooth sailing Pete. May the wind always be at your back and the sails full! Will be thinking of you all there with him this evening at 6.

Peter,just found out today,that you made your transition…I will remember fondly our 3 year relationship racing on your Prindle near Treasure Island,taking yoga classes together,swimming in the ocean to your apt.when we both lived in Ocean Ridge beginning 1979.We remained friends for 40 years and look forward to when we will meet again ♡ 3/20/20 North Carolina