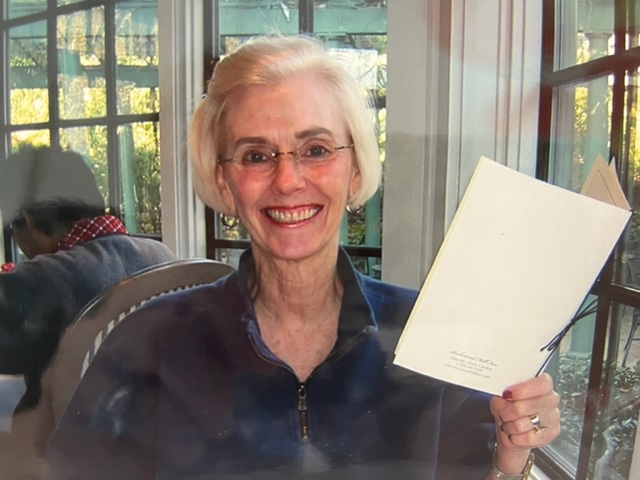 Holmes, early Thursday morning, February 24, 2022. She passed at her home in Jupiter,

Florida with her devoted and loving daughter, Cinde by her side.

Sandra Kay Turner was born in Muncie, Indiana on October 12, 1941, to Robert Eugene and Bonnie

Jane Turner. She spent her childhood in Muncie before moving to West Palm Beach, Florida as

Sandra attended both Ball State University in Muncie, IN, as well as Florida Atlantic University in Boca Raton, FL. She worked at Pratt & Whitney Aircraft in the early 1960s where she met her first husband, Ronald Bull, who was the father of her two children, Cinde & Chad. She subsequently worked at a few small businesses including Holmes Hansen Motorcycles in Riviera Beach, which was owned by her husband, Pete, whom she married in 1973. She eventually became the Town Clerk of Palm Beach Shores in the 1980’s, where she retired after many dedicated years of service. She was even mentioned in the book The Best Little Town In Florida: Palm Beach Shores as the town’s clerk with the longest tenure, as well as the first town employee to receive a pension in the town’s history.

Sandra loved her family dearly and devoted herself to ensuring that they had everything they needed for  happy and successful lives. She lived for her children and their spouses, her grandchildren, nieces and most especially her husband, Pete, who passed away in 2011. She had a uniquely wonderful relationship with her ex-husband, Ron and his second wife, Trish, with whom she and Pete raised all of their children as one big happy family. They shared many birthdays, holidays, weddings and vacations together. Sandra loved her friends dearly, especially her friend Pat Calvert whom she had known since working together at Pratt Whitney. Pat stood by her until the very end. Sandra loved to entertain and cook and threw many dinners and parties throughout the years for family and friends. She was definitely the “Hostess with the Mostess.”

Sandra was preceded in death by her parents, Robert and Jane Turner, her beloved husband, Harwell “Pete” Holmes and her grandson, Gavin Wiita. She is survived by her daughter, Cinde Topper(Kevin), her son, Chad Bull (MiHwa), her stepson, Navar Holmes (Jennifer), her stepdaughter, Eli Holmes (Karel Zikan), her brother, Barry Turner (Judy), 13 grandchildren (Including her grand daughter, Channing Peloso, who helped care for her in her last year), 1 great grandson and 3 nieces. She also leaves behind her friend and her children’s step-mother, Trish Bull and her two sons and her longtime caregiver Marie Metellus.