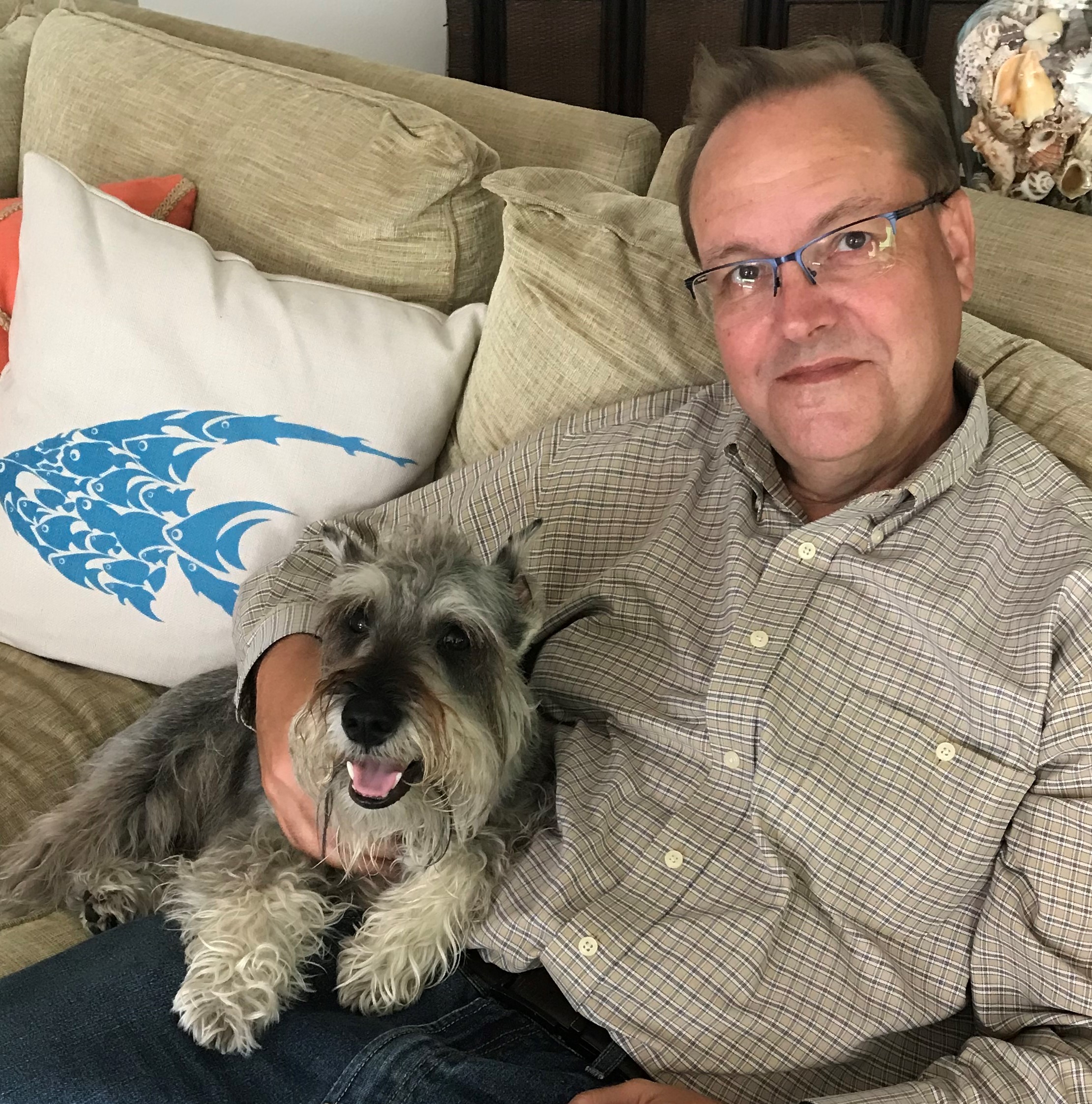 Travis was born in Casper WY and grew up on a farm and a ranch in Natrona County. It surprised many who knew him as an adult to learn he had won prizes in 4-H. He herded not just cattle, but bison, and did trick riding for tourists passing his grandfather’s arena along the highway. His team was a shoo-in to win the calf roping event for media at the rodeo!

He began his television career in Casper at KGWN and quickly crossed town to KTWO, where he got his start in photojournalism. The move to WINK in Fort Myers brought him to Florida and added producer to his duties, and Travis’ career was off and running. He was a special projects producer at WKMG (WCPX) Orlando; special projects producer, executive producer, and managing editor at WESH Orlando; assistant news director, then news director at WPBF in West Palm Beach; then the national investigative executive producer for Hearst Television’s Washington DC bureau.

He covered the Oklahoma City bombing, the ValuJet crash, the Gators’ National Championship, the President’s visit to Cuba and multiple hurricanes. Travis was most in his element chasing down big stories and coordinating coverage. Beating the competition thrilled him. He was recognized for his work with Peabody, Murrow, duPont-Columbia and Emmy awards.

As a nod to his work ethic, Hearst sent him to five Olympics, Torino through Sochi, which added to the passport stamps he and his wife collected. From walking the Royal Mile in Edinburgh, Scotland, and eating the biggest lobster at Fish Friday in Gouyave, Grenada, to attending Sunday school with President Carter and watching 4th of July fireworks from the Capitol steps, the couple relished their adventures.

Travis’ love language was cooking. He thought nothing of attempting a recipe with 16 ingredients, and was content to spend a day minding a Boston butt or baby back ribs on the grill while he watched sports on TV.

He loved just about any sport, but football was number one by far. The NFL Red Zone was his favorite channel. He officiated Pop Warner and high school football in central Florida, and was honored to referee the high school 6-A state championship. He ran the clock at the University of Central Florida, and traveled to Dublin for the Knights’ first international game. He enjoyed skiing downhill, shooting hoops and playing golf, even scoring a hole-in-one!

And it wasn’t only sports. Anything could be a competition with Travis, whether it was snorkeling for the most scallops, finding the best angle for a photograph or winning any type of parlor game.

He shared his love of games, and it spread around the world. Travis grew up playing cards and never stopped. Anyone who came over to the house would soon find cards or a board game set up and waiting for play. He should have been on commission for Carcassonne and Ticket to Ride!

It is almost unbearable to think about this lovely, talented, vibrant man in the past tense.

Funeral services will be held at St. Anthony’s Catholic Church in Casper WY. Please sign the guest book at http://www.edgleycremationservices.com

Wish I had known him, what a life you had together. Beautiful tribute

Travis you will be missed. Such a wonderful person ❤️

We had the honor of having Travis as a great neighbor. Sending sincere condolences to his wonderful wife, Catriona and family. May happy memories guide you through these very difficult times.
Cheryl & Kim Mekdeci

Very sad to hear this news. Travis was always a pleasure to be with. I was privileged to be the crew chief on the Crew in 2012 that worked the state final. Great memories were made on the road trips during that run. My sincere condolences and prayers to his entire family. He will truly be missed

So sorry for your loss. Travis will be missed. He was a great boss and even better friend.

God Bless you Catriona and family members of Travis. He was a great man, journalist, and pal. Our work on the “Ukrainian Connection” lives forever❤️❤️❤️

Such a vibrant man. My most sincere condolences.

Travis it was an honor and a privledge to have known you. We first met when you started officiating football and worked games together. We made it fun on those hot Saturday afternoons to last game we officiated together the FHSAA 5 A State Championship game. Not many people can say they chased Dalvin Cook up and down a football field. I will cherish all the time we spent together and the talks we had and various events in the country and around the world. I wish we had the opportunity to talk more but life gets in the way some times. God Bless you and your family. Rest in peace brother.

Travis, you were a consummate storyteller and I loved every tale from your adventures that I had the honor of hearing from you. I will also treasure the memories of grilling by the pool over drinks and even more stories. You are and always will be greatly missed!

Catriona, so sorry for your loss.
In my thought….

Travis, I wish I had made the time to hear some of your stories. Thank you for having my back at not one, but two different stations. You were always kind, considerate and calm in the eye of many, many storms. You will be remembered. Condolences to you and your family, Catriona. ♥

Much too young for it to end but I’m glad I got to know Travis. We shared a lot while we worked together at WESH in Orlando. His ‘rocket ride’ up the ladder of success was not a surprise to anyone who knew him. If anything wasn’t right, he would not rest until it was. He is surely missed by all who knew him. Not goodbye Travis, but until we meet again. Catriona, you have all my sympathies!

While attending school together in Casper, Travis was always a kind friend. I’m glad he had so many wonderful opportunities! You left us too soon. Peace be with all of you.

When I first met Travis he had his referee uniform on and had just come back from a game he officiated. I will always remember his quick wit and the intelligent conversations we had. Travis and Catriona left the Orlando area shortly after I did. I’ve missed those conversations and get togethers. My condolences to the family.

My condolences to family and friends. May you find peace in his memory and life he lived.

Heartfelt condolences to family and friends. Travis was a gentle soul with a very big heart.

I, and all of those journalists Travis touched most deeply, join Catriona and the rest of Travis’s family in heartbreak and sorrow. We rejoice that our lives were impacted and made better by sharing the presence of such a sweet, dear friend and terrific, dedicated journalist who was an even better man.

Our heartfelt condolences to Catriona and the Sherwin family. We cannot express in words by how saddened we are to hear about Travis passing away. He was a wonderful man and it was a pleasure to have known him as a friend and neighbor. He will be missed.