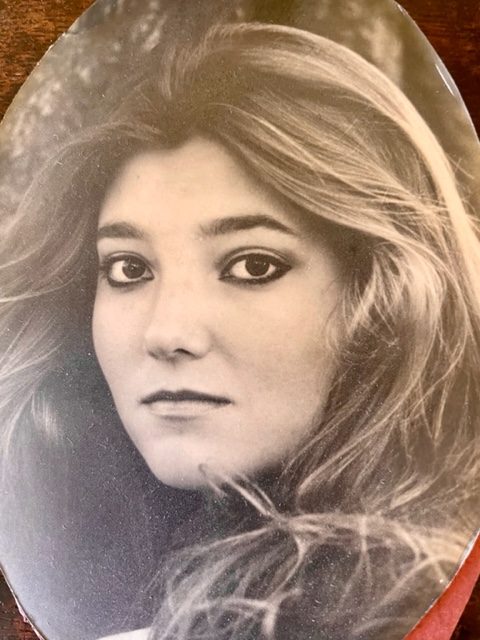 Valarie Tull, age 62, of Juno Beach, Florida and Asheville, N.C.
passed away peacefully on March 18, 2022 from complications
resulting from a car accident. She is survived by her parents, Dr
Gerard and Mary Jean Teachman, brothers Robert Teachman, and
Jonathan Teachman (Carolyn). She was predeceased by her brother
Arthur Forest Tull II. Valarie was a daughter, sister, cat mom, friend,
cousin and healer. She was born in Pontiac, Michigan on March 2,
1960. She graduated from Kingswood Academy, attended Eastern
Michigan University and received a degree in Mass Communications
from Oakland University. Valarie lived in Hawaii and Southern
California before moving to Florida to become a massage therapist.
She was trained to practice Craniosacral therapy by Dr. John
Upledger and practiced in Florida and Michigan. She married Mark
Abersol and they lived in Ypsilanti,Michigan until their divorce, when
she moved back to Juno Beach, Florida.
Valarie was a healer, not only by profession but at the soul level.
Compassion, love and selflessness were obvious in every interaction
with Valarie. If there was a way to help, Valarie did it – from handing
food to the homeless to delivering Meals on Wheels to the elderly.
Infinitely and extraordinarily kind, she was one of those rare
individuals who received pleasure from giving pleasure. Her beautiful
soul will live forever in everyone who was fortunate enough to know
her.
There will be a celebration of life for Valarie at a later date. In lieu of
flowers, please make donations in the name of Valarie Tull to Heinz
Prechter Bipolar Research Program at the University of Michigan
( bpresearch@umich.edu ) or Family Promise of Martin Country
( mcfamliypromise.org ), which is the first homeless shelter for families
with kids in Martin County, Florida

I am thinking of you constantly, and of course thinking of Val. I treasure my high school years, with Val as my very best friend, and you as the most comforting “2nd mother.” Can’t imagine my life without you both. Val was a beauty, inside and out. I’m praying for peace, for you both. With much, much love, Liz Rose

Dear Mary Jean and Jerry,
There are no words to express my sorrow at hearing this news. Valerie was a creative, generous, intelligent person and compassionate friend. This is a beautiful tribute, because she truly was a healer. She was one of the best friends I’ve ever had — and will never be forgotten. Val was a warrior in her own rite and she made an indelible footprint on my soul. With sympathy and love,
Lisa R Hook

Mary Jean,
Valarie was a gift to the world, so elegantly beautiful, and as Liz said, we will forever treasure our time with her. I think of her now reunited with Forest and Colby and that somehow helps ease some of the pain. My heart is with Val and all who loved her. God bless and much love, Erin Porter K’78

Thinking of beautiful Val. She will live in our hearts forever. Sending love and light to her family, Susan Aikens Post K’78