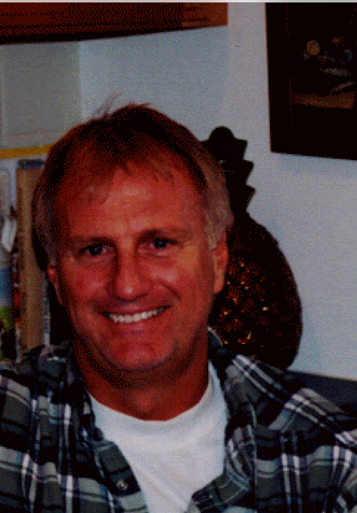 William F. Bibby (Billy Bibby), 71, of Jupiter, Fla., and formerly of Schenectady, N.Y., passed away on Sept. 3 after a courageous battle with multi-organ failure due in part to exposure to Agent Orange while in the military.

Bill had a true zest for life and lived every day to the fullest. He was a self-taught guitarist and singer, who loved impersonating Elvis. Many times on vacation with his in-laws and beloved wife, Maureen, on Cape Cod – and wearing a colorful Hawaiian shirt and trademark Elvis glasses – he would plug in his Gibson guitar and amp and belt out “Love Me Tender” or “Hang on Sloopy” by The McCoys.

Bill’s trademark laugh would turn heads in a restaurant, he was an inveterate prankster (he would sneak up on a loved one using the outdoor shower on Cape Cod and douse the person with ice water) and would make bets he knew he couldn’t keep, like betting his niece he could fit into size 32 pants in just eight weeks. He lost the bet, but kept on laughing.

Construction took on new meaning when Bill worked with Brian and Joel Metz. If the job wasn’t done right, what was the point in doing it, Bill would always say.

With his adopted family, wife, Maureen, and daughters, Michelle and Jackie, the quartet enjoyed hours of fun boating and camping on Lake George. He had a passion for antiquing – at various times collecting stoneware crocks, ships in a bottle and cast iron piggy banks – traveling and meeting new friends.

His last project was working on the “Book of Faces,” a collection of zany drawings that he made in high school and wanted to share with the world. He worked his whole life helping his family, friends and others.

Bill was born in Albany, N.Y., on Dec. 9, 1947, graduated from Bishop Gibbons High School in Schenectady and majored in being the class clown and drawing the Book of Faces. He enlisted in the Navy in 1967 and through his perseverance, dogged determination and refusal to take no for an answer, achieved the high honor of becoming a U.S. Navy Seal and serving proudly in Vietnam.

Upon an honorable discharge, Bill went to commercial trade school in Chicago. He was a highly respected legend of the Schenectady Fire Department from 1981-2001 before retiring to Florida.

He was predeceased by his parents, Donald and Beatrice Marilyn Bibby, and his brother Steven. He is survived by his sisters, Donna (Phillip Cayole, Grace Bibby of Schenectady, N.Y., and Mary Connally (Jim) of Aurora, Ohio, and brothers, Donald (Linda) Bibby of Boca Raton, Fla., and Edward J. Bibby of Sebastian, Fla., several nieces and nephews, his stepdaughters, Michelle Simone of Scotia, N.Y., and Jackie Matchett, of Islamorada, Fla., and his soul mate and wife, Maureen Simone.

Interment will be at the South Florida National Cemetery in Lake Worth, Fla., with full military honors. Bill always wanted to be buried by his mother and his ashes will be spread on her grave in Pottersville, N.Y.

Please donate to your favorite charity in Bill’s honor.

Donna and family
My thoughts and prayers are with you at this difficult time.
Mel (Doyle) Sochor

Maureen, I feel very badly that we havent seen each other in a couple of years. My Father had gotten very sick ,and passed in Feb. at the age of 92. we loved you Bill, and all the stories and fun we had, when we got together . The fire house was another storytellling place to have fun and enjoy telling jokes and playing pranks. Jupiter Florida was also a love of yours and ours. I always respected you , more than you know and were going to miss you. Gone way too soon. RIP my friend and Say Hi to Sammy up there. 2 Legends. Love Johnny and Gina Longo

Greg, Billy and I were saddened to hear of Bill’s passing. Greg looks back on his time working with Bill warmly and with great pride. He had tremendous respect for such a wonderful individual (not to mention the funny stories and infectious laugh!). Your tribute to him in the Obituary captured the true essence of his wonderful contribution to this world. We will think of him often and keep you and your family in our thoughts and prayers.

Maureen, so sorry for your loss. Prayers to you and family. I remember his hilarious drawings in high school in brother Cotters class. We will never forget his smilie face and laugh.

To someone who managed to cram many lifetimes and achievements into one lifetime my friend Wild Bill !!

Maureen and children,
Don and Linda. It has been an extra hard year with Jaime and Bill and Tony. I knew Jaime since so little at Park Place and Bill only a few years later at BG and the Gazette. Such honorable men and really good guys gone so early. Why they lived I shared so many laughs so many times. I have a heavy heart tonight just thinking about them.

My condolences to Bill’s wife and family. Bill and I worked together many many times in our careers and I just wanted to say that you would not find a better guy no matter how hard you tried. The world will miss you Bill, but heaven has received a great one.

My condolences to all of the family. You are all in my thoughts and prayers.

I’m sorry to hear this. I graduated with Bill in ‘66 from Gibbons. We all go our separate paths in life after high school. But Bill was one of the good guys. A little crazy and zany at times but I think we all needed his humor to help us get through the strict discipline at Gibbons. I’m not surprised To learn that he became a SEAL. He was exceptionally strong physically. He was THE pole vaulter on our HS track team and cleared 11’ 6” with an aluminum pole. This was before fiberglass poles and he had the physical strength required. A good athlete and a Great person! My prayers go out to his family. He was one of a kind.

So sorry to hear of Bill’s passing. Every member of the BGHS class of 1966 will fondly remember “Willy the Bibber”. Always in good spirits and able to make his fellow classmates laugh with his pranks and unique sense of humor. Heaven will be much more fun with Bill up there. My condolences and prayers go out to his family.

sorry to hear about the bad news!i played guitar with bill and his brother steve in the late 60’s and early 70’s.we played a lot of 60’s and old time music time classics,which bill’s father had showed us how to play.thanks for all the memories!you will be missed! with love,tom rivers

Sorry to hear about the passing of Bill when I saw the Obit in the Gazette. Met him years ago thru my childhood friend and Bill’s cousin Jerry Wilber, when he moved to NY State from Florida. His obit hit it right on the head in Bill being such a happy go lucky guy who made you laugh all the time. Had some good times and managed to stay out of trouble in our adventures as teenagers. May he rest in peace and sounds like he had a life well lived and served our country like few do.

To Donna, Donald, Eddie Joe, Mary, and Grace,
I was so very sorry to hear about Billy’s passing. I have wonderful memories of being part of your “crazy” household, and deeply regret losing touch with you all so many years ago. Thinking of you all. Love, Your Cousin Sandy

I remember Bill as a great guy to work with and some of the shenanigans we had working on platoon #1 at station #1. This man could do any job and do it well as it proves the Navy Seal he was. All good memories. My condolences to Maureen and family

I heard the news about Bill through Brother Van and Rich Piedmont. So sad, and my condolences to the family. Bill was one of a kind at BG. he kept us all loose with the craziest antics one could imagine. Even if you were having a bad day he wound a way to cheer you up. i didn’t realize he became a Navy Seal, but I am not surprised. Very strong, very determined, especially when he put his mind to it. Bill personified what a great class of 1966 we had– so many interesting, colorful, fun-loving but very caring classmates. Rest in Peace, Bill! Steve

Rest in Peace, Bill, You were a unique, loved member of BG’s Class of ’66.

Grace and family
So sorry to hear of Bill’s passing. He was a good friend and very funny. I only heard today of his passing.